The History of Oakley

Ever since 1975, the brand James Jannard started with just $300 has become one of the most famous and recognized sunglasses and sports equipment brands in the world. It all started that same year with “The Oakley Grips,” which were motorcycle grips unlike any other. The grips did so well because of the attention to detail and forward-thinking style that James injected into the brand identity from the beginning. The same material from the grips is used for earsocks on Oakley glasses, and many of the nose pieces today. Oakley also made a large variety of products related to racing and BMX during this early growth period. This connection to extreme sports was a key part of setting the company up for future ownership over that specific market segment.

The company continued to progress towards niche levels of success until Jannard released a pair of goggles called “The O-Frame” in 1980. This product launch and ensuing customer response were one of the original catalysts that gave Oakley the impulse to reach the next level of success. With the ‘Oakley’ logo present on the strap, there was no way the mainstream would be ignoring the brand for much longer. 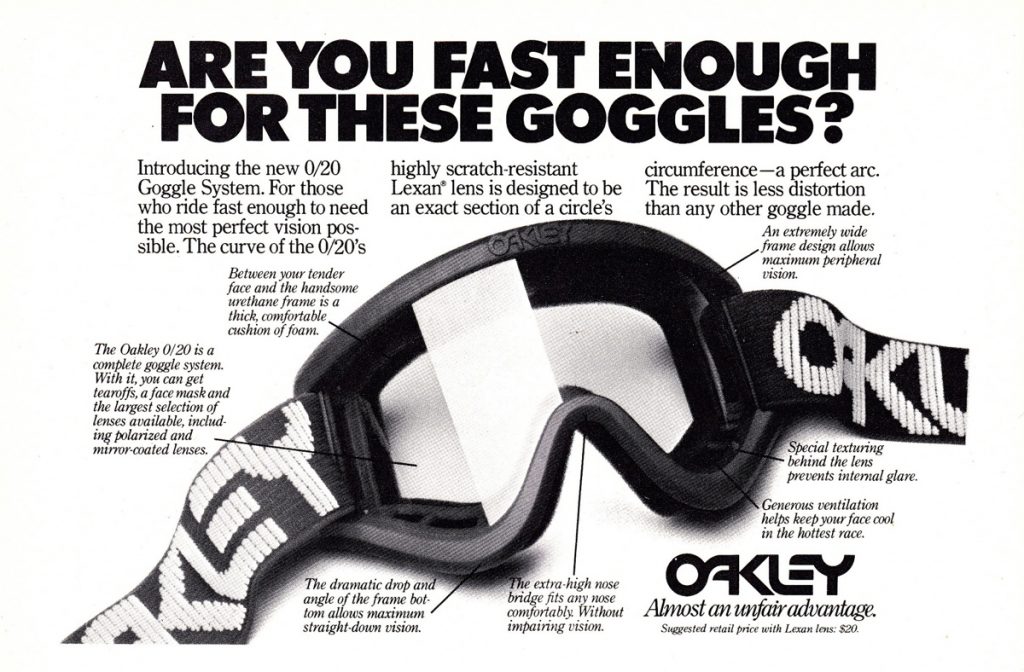 The company released its first pair of sunglasses in 1984, called the “Factory Pilot Eyeshades,” which resembled goggles. The sunglasses were marketed to sports fans and athletes alike, which helped market the brand as good for rigorous and casual use at the same time. By 1985, the company had released a successful line of products that customers from all walks of life were lining up to get their hands on. 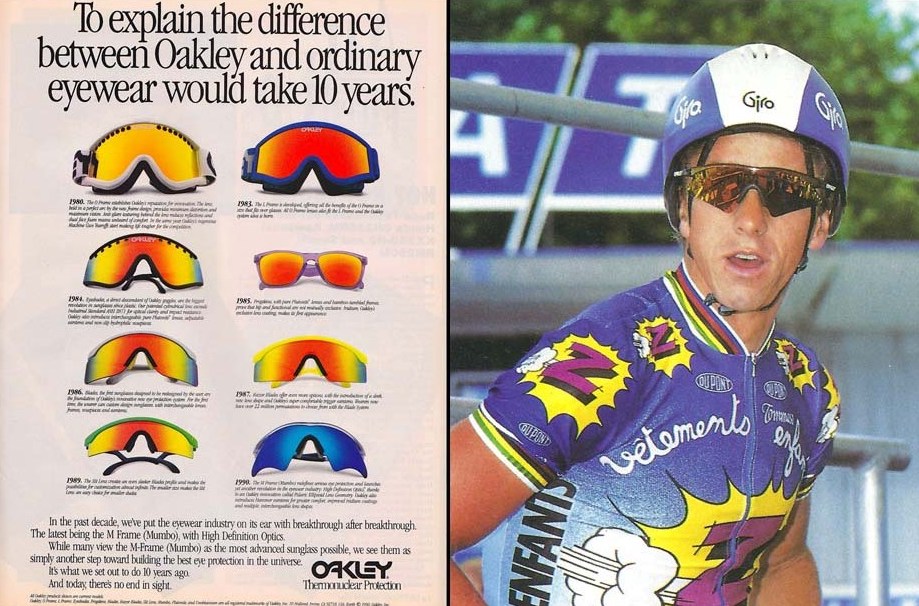 Inspired by timeless pieces of the past and modern performance technology, the spirit of these vintage products lives on in many of today’s hottest Oakley designs.

Check out the trending items below to get that vintage Oakley feel, fused with the latest in eyewear innovations. 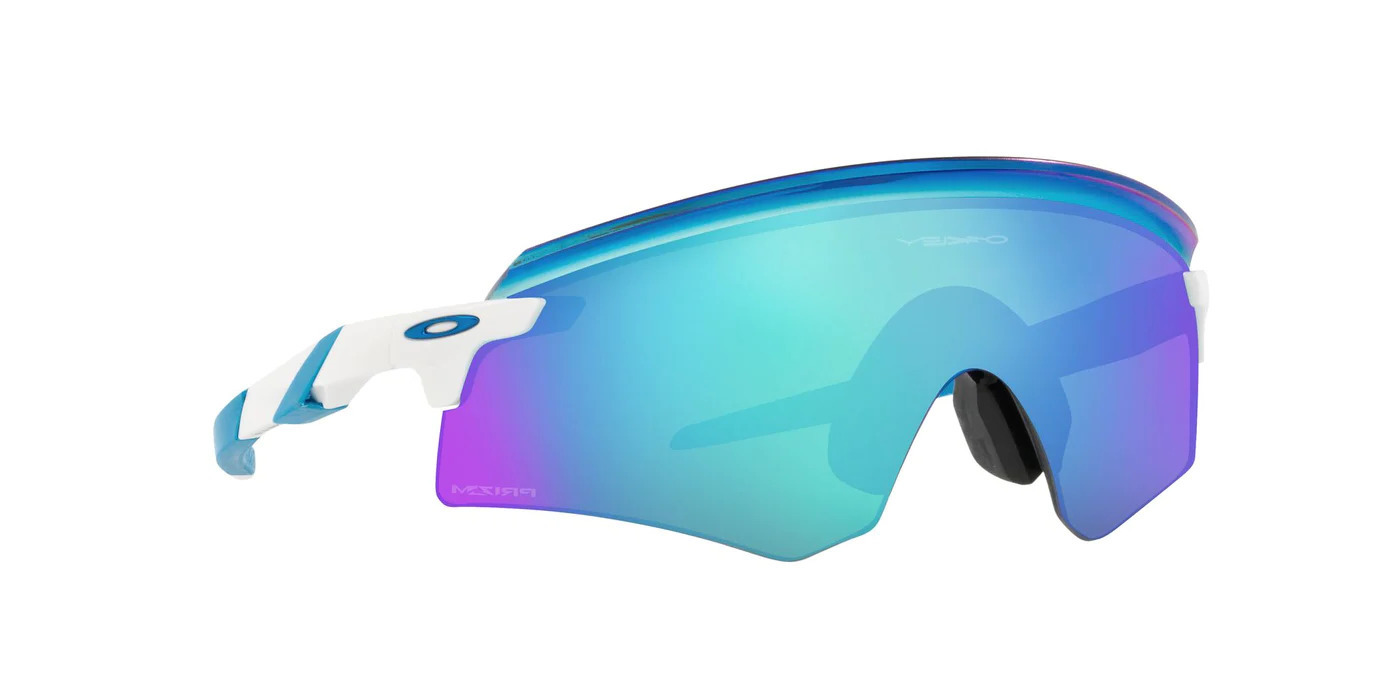 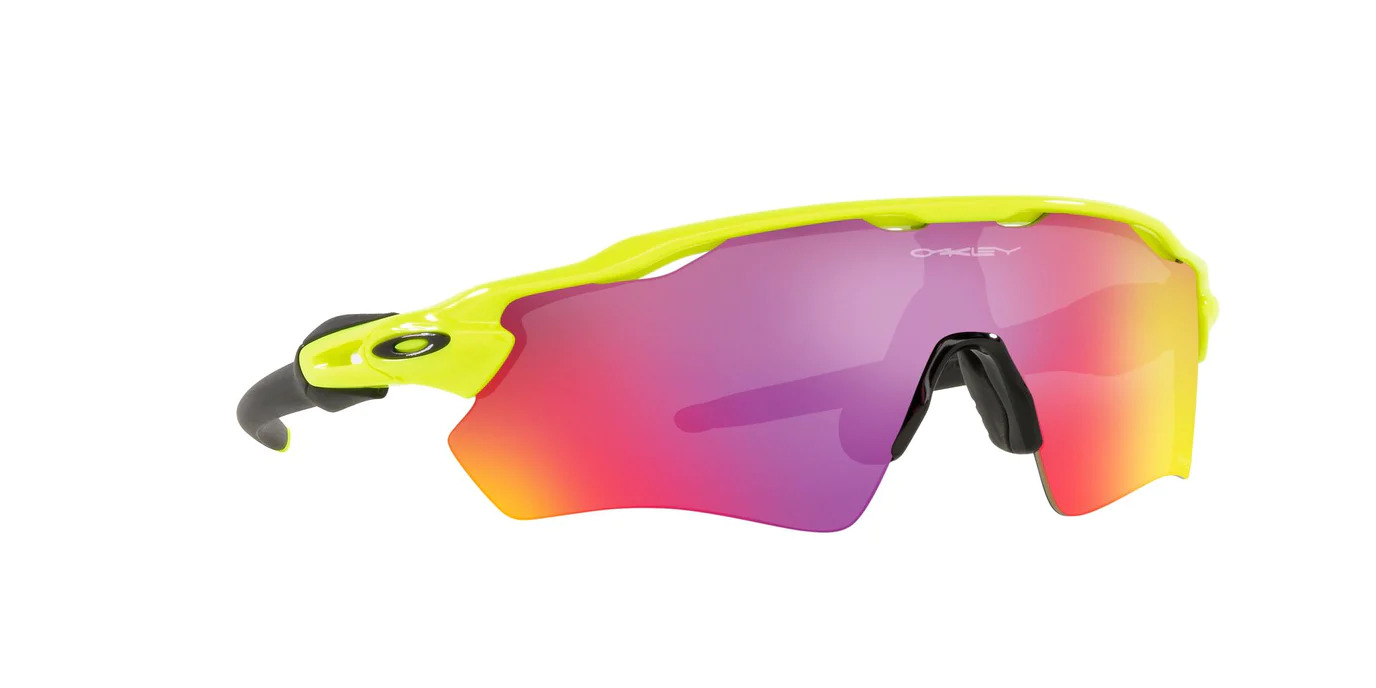 During much of the early to mid-1990s, Oakley was seen as the corporate personification of American counterculture. This was a major piece that helped catapult the brand into the mainstream and help cement Oakley into people’s minds as a brand that valued independence and individuality. People loved the brand for the iconoclastic aesthetics that were unmatched outside the world of high fashion. Worn by the top athletes and celebrities alike, the company went public in 1995.

This momentum from the ’90s was carried well into the new millennium through organic and planned marketing efforts, such as movie placements and commercial spots with top stars. Whether with ads featuring Michael Jordan, scenes featuring Tom Cruise on Mission Impossible, or memorable moments on X-Men, the brand’s accent towards cultural dominance was unstoppable. 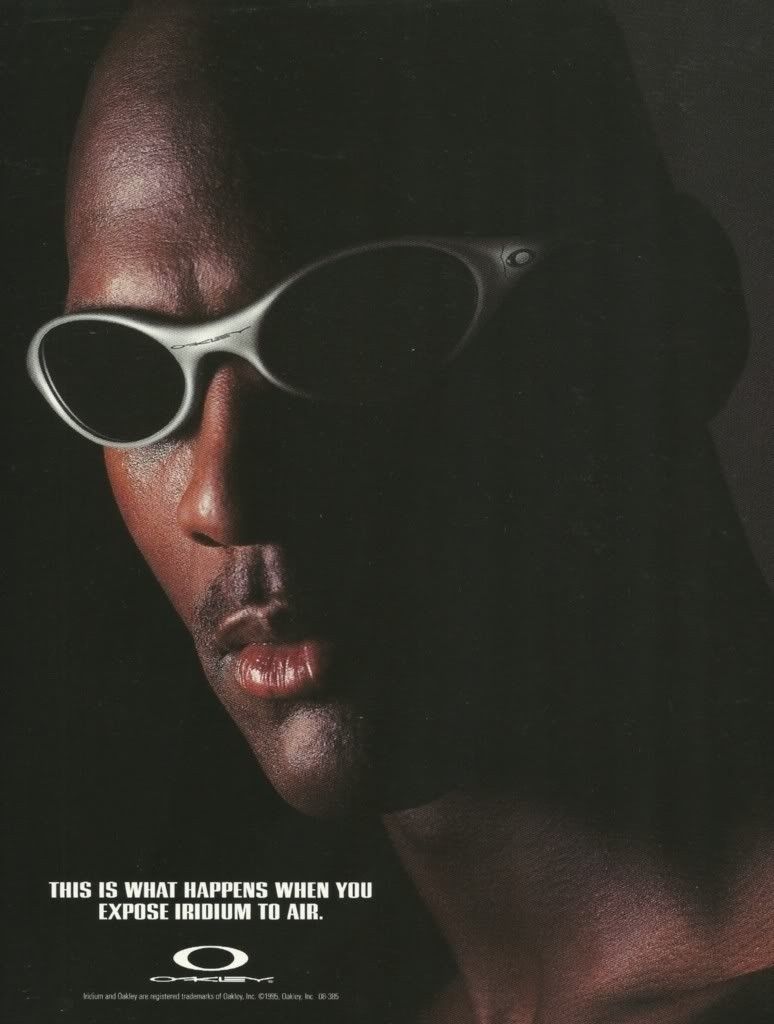 By the mid-2000s, Oakley’s corporate growth initiatives were in full swing, buying up smaller corporations whenever profitable and accessible. This included buying Lacon Inc, an owner and operator of several mall-based sunglasses stores, and a manufacturing deal with Fox Racing. All of this was done as James Jannard, the company founder, bought increasingly larger amounts of shares in Oakley, eventually owning over 60% of the company by 2006. By the following year, the company owned Oliver Peoples Group, which Oakley paid upwards of 50 million dollars for, ensuring a firmer stake in the fashion industry, which would eventually lead to even bigger deals.

Shop these and many more of the most popular frames on ShadesDaddy today! 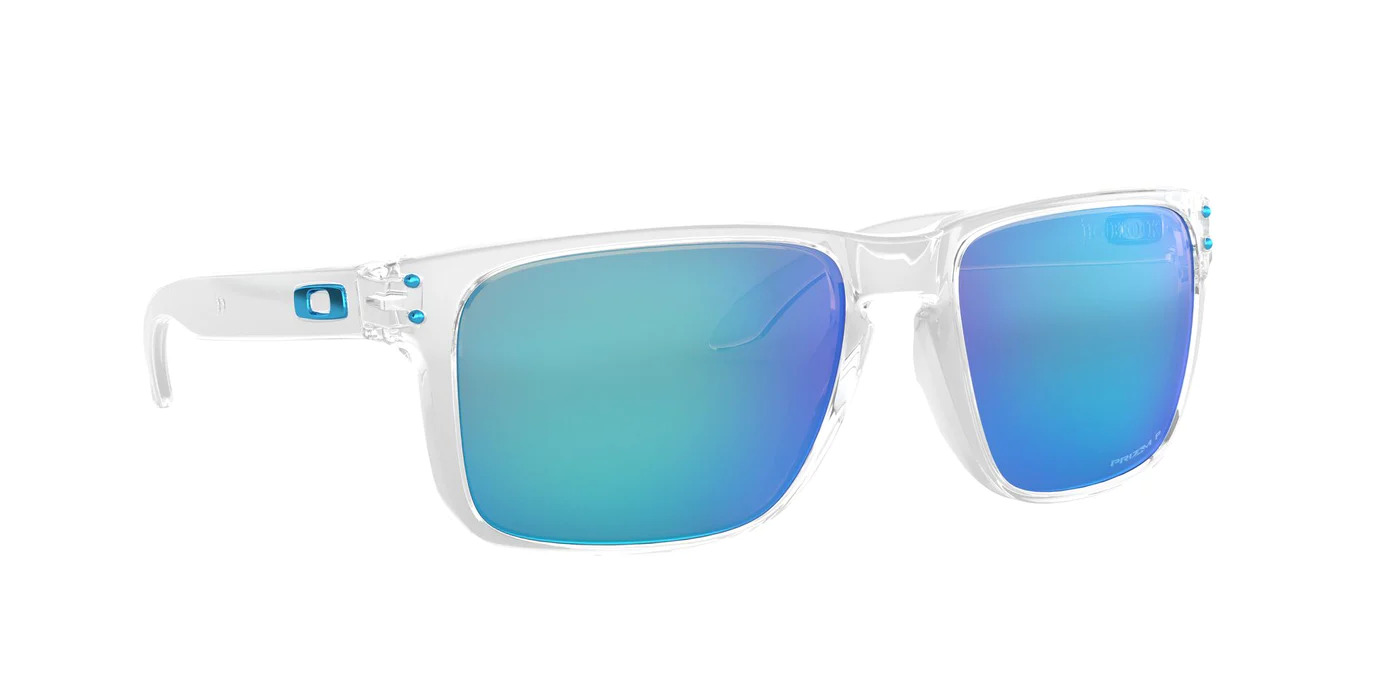 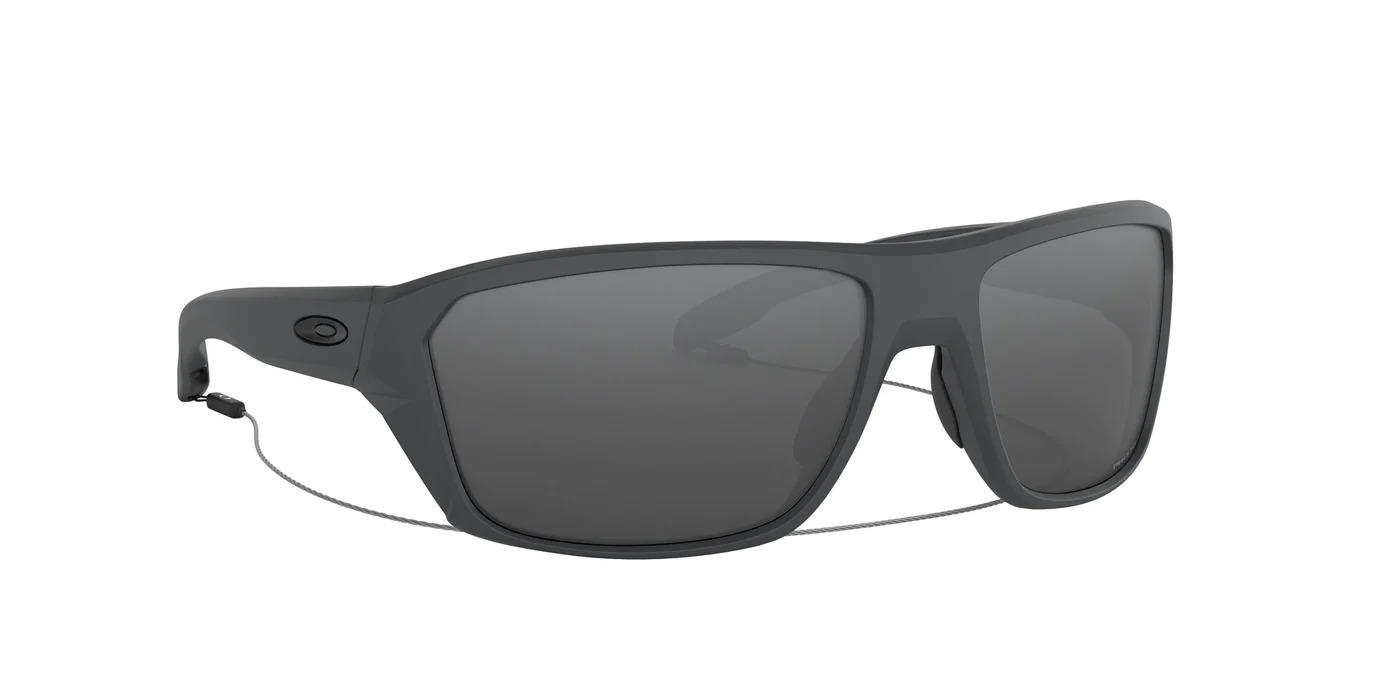 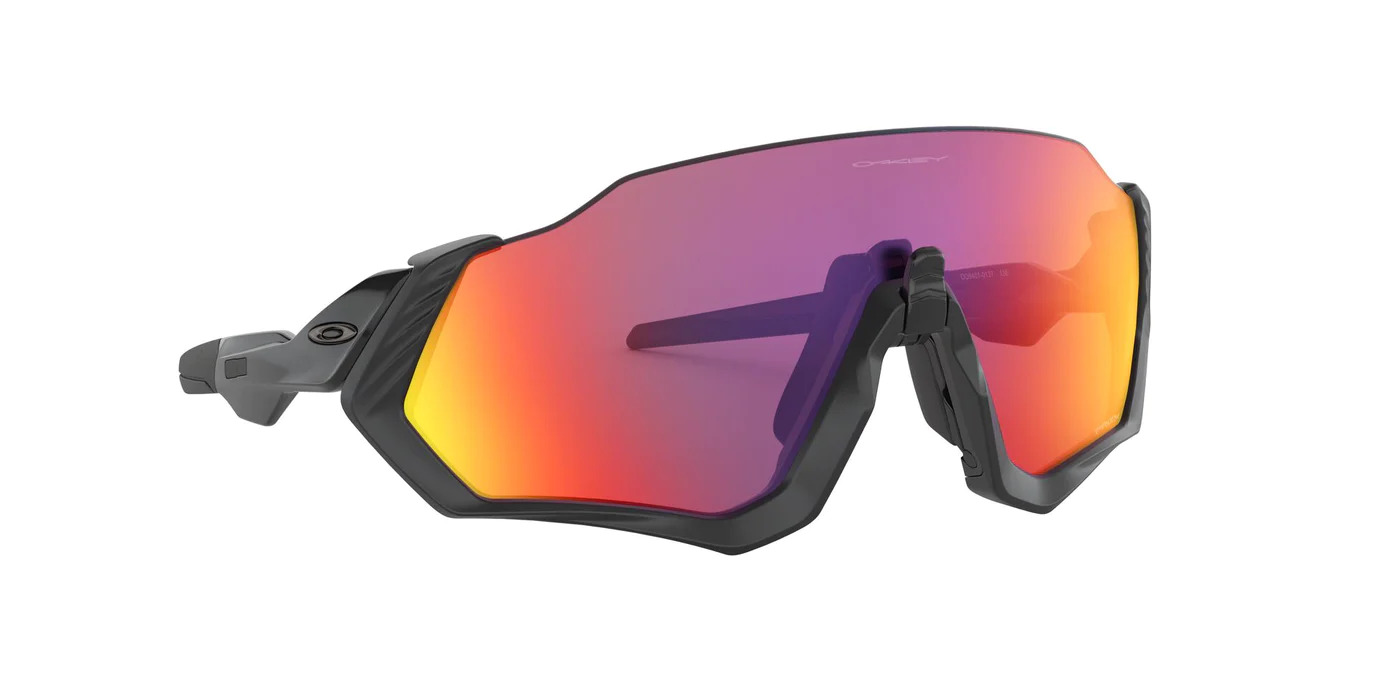 By the end of 2007, Oakley was sold to Luxottica for two billion dollars and continues to disrupt the eyewear space to this day with releases as iconic as the brand history itself. And it all started with these grips. 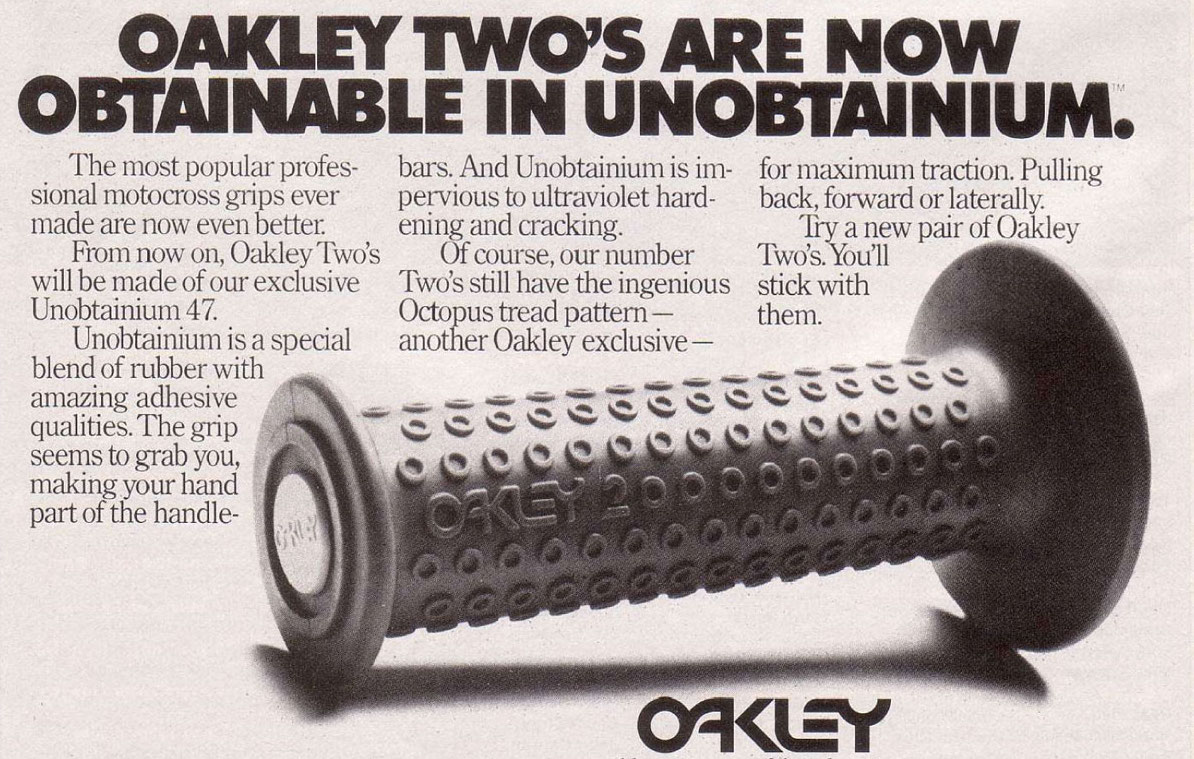 Show off your look!

Tag @ShadesDaddy on Instagram and show us how you wear your Oakley shades! 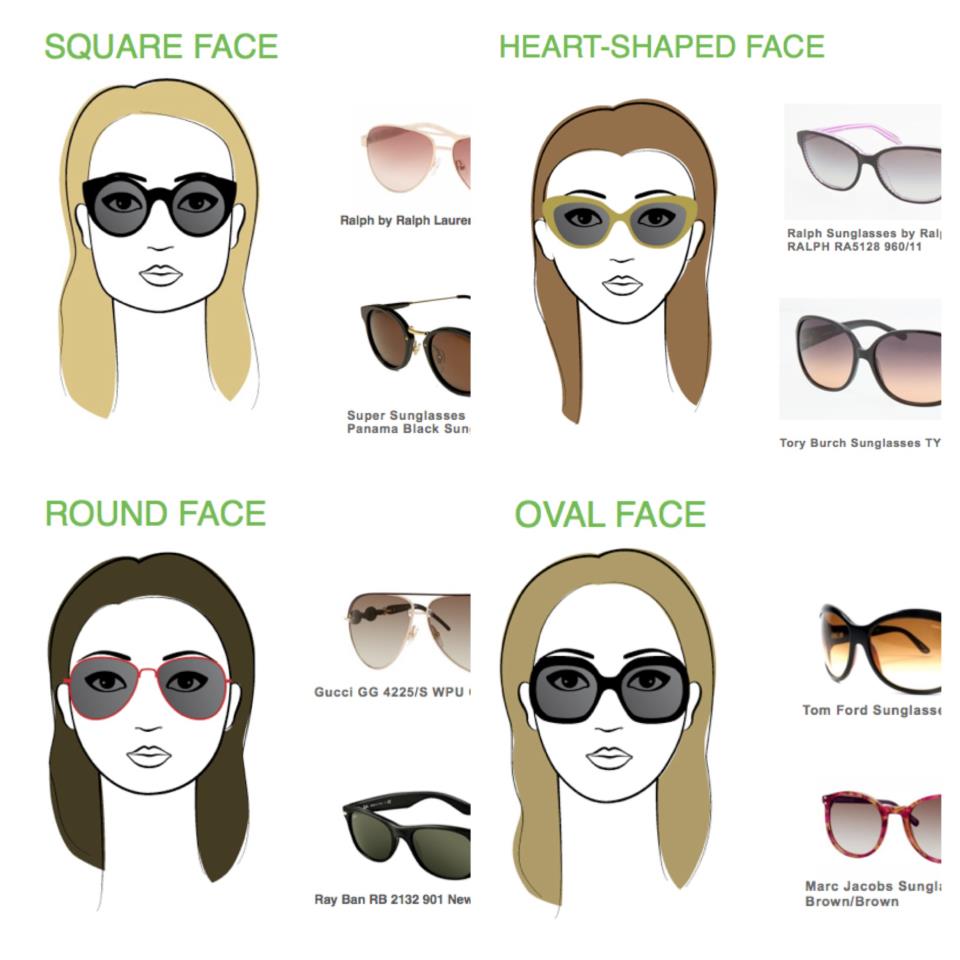 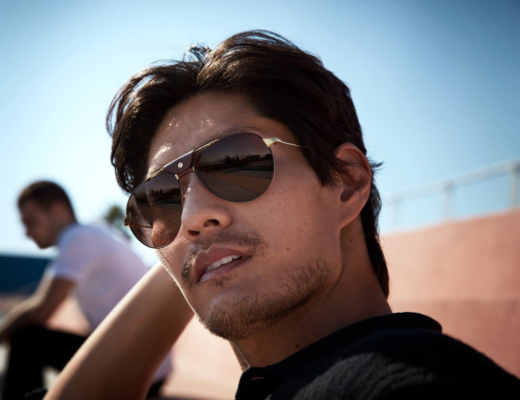 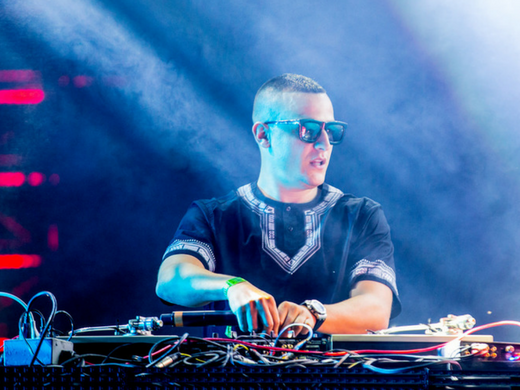 Which pair of Sunglasses Does DJ Snake Wear?