Round Shaped Sunglasses are BACK

Our first blog post we did when we launched our blog was titled, “Circle Your Way into Sunglasses Fashion Spring 2011.” We’ve seen the trend coming back for some time now of circle sunglasses and you can say now it’s almost the official current trend.

The round sunglasses trend has really hit with the women demographic but now men are really embracing the fashion trend. We can go back to the days when John Lennon use to wear those thin round-shaped sunglasses. John Lennon was more than just one of the greatest music writers and peace advocates, he was also someone that rocked fashion very well and almost sure he didn’t mean too.

The New York Times has a great article titled, “Shades of John Lennon, or a Professor,” which is a great piece on the circle shades coming back strong, especially as men embrace the trend.

“The round shape is not that flattering to a face,” said Larry Leight, the founder and creative director of Oliver Peoples. “They’re a strong statement, and they look a lot better on people who can handle that shape. They work the best on a skinnier face.”

The hardest to wear, Mr. Leight said, are those with lenses that are perfectly round. They make the most cartoonish statement and are generally the least flattering to a face.

As Madeline Weeks, GQ’s fashion director, observed, “It’s a little affected.” For one thing, she said, the circle’s perfect geometry does not jibe with a face’s more organic shape. Second, the most natural-looking bridge between two circles is a short one; unless the frames are thick and large, a wide bridge looks awkward.

But on many faces, the short bridge sets the lenses close together and makes one’s head look like a balloon dangerously close to popping. Sure, it’s fine for Harry Potter, but he can cast a spell that makes people think he’s hot. The rest of us rely on the glasses to work the magic.

More forgiving shapes have a slight oval or teardrop shape. Perhaps the best is the faux circle known in the trade as the P3, a shape that looks like a circle but which is, in fact, slightly wider than it is high, and tapers slightly toward the bottom, mirroring the general shape of the face. Johnny Depp has long favored the P3 style, which softens his angular features and puts a gentlemanly spin on his generally disheveled appearance,” reports David Colman from the New York times.

One of the best sellers this summer is the Ray-Ban RB3447. The gold frame is currently the best seller in that style. Looking for more round shaped sunglasses?

Start by checking out the Ray-Ban RB3447 Sunglasses! 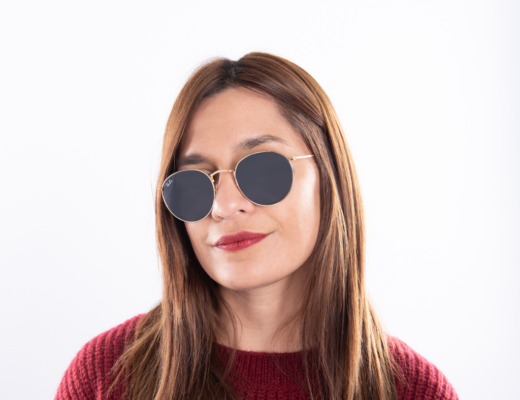 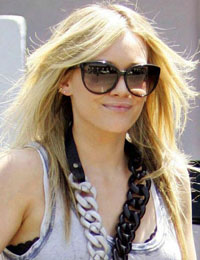 Bring your Cougar Side Out with the New Cat Eye Trend 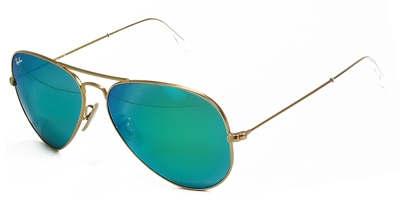