{This post is part of the ShadesDaddyBlog featured sunglasses review series.}

Did you know that eyewear maker Oakley started out as a very small company making motocross handgrips? Handgrips lead to goggles, and goggles lead to eyewear, and that’s what Oakley is most famous for today. Oakley sunglasses were introduced in 1984 and were geared toward athletes. World-famous cyclist Greg LeMond wore Oakleys in the 1984 Tour de France – the first of many famous faces associated with the brand.

Today’s Oakley Frogskins are popular among the famous and stylish, like Liv Tyler. 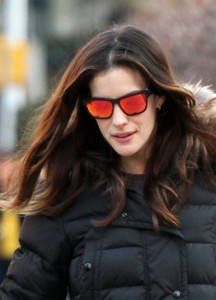 Oakley Frogskins were introduced in 1985, with a classic shape based on the Wayfarer. But Frogskins became famous partly because of their iridium-finish lenses, giving the classic Wayfarer shape a definite 80s edge. The Oakley Frogskins of today are a little different than the ones released in the 80s. Where first-generation Frogskins had metal hinges, newer models have non-metal hinges that are beveled rather than being cylindrical, improving strength and flexibility. Made from nylon-based proprietary “O-Matter,” today’s Frogskins have an updated classic look made with high technology.

Frogskins with a Grown-Up Look

Maybe you wore the iridium lenses and white frames back in the day, but now you want something a little more sedate. You’re in luck because you can get Oakley Frogskins with either polished black frames with gray lenses, or matte black frames and with black iridium lenses. They’re also available in a “Root Beer” colored frame with bronze lenses. These styles go with everything, everywhere, all the time.

Perfect with looks from sporty to serious, Oakley Frogskins are right at home on Zac Efron’s pretty face.

For a young look that stands out on the beach or in a crowd, try Frogskins in polished white with ruby iridium lenses, or polished clear with violet iridium lenses. Or why not try the Danny Kass Signature Series Frogskins with clear frames, patterned sidepieces, and gray lenses? Any of these styles will serve you perfectly all summer long, attracting the right kind of attention and shielding your eyes from the harsh summer sun.

Frogskins started back in the 80s, when New Wave ruled the day, conspicuous consumption became a thing, and Michael Douglas presided over Wall Street. Oakley Frogskins became enough of an iconic style that the styles that influenced their original design are now influenced by Oakleys. It’s safe to say that Oakley Frogskins will always have a place in the history of 20th and 21st century style. Youthful and rule-breaking to grown-up and stylish: that’s what today’s Oakley Frogskins offer. There’s an Oakley Frogskin look for everyone in 2013. 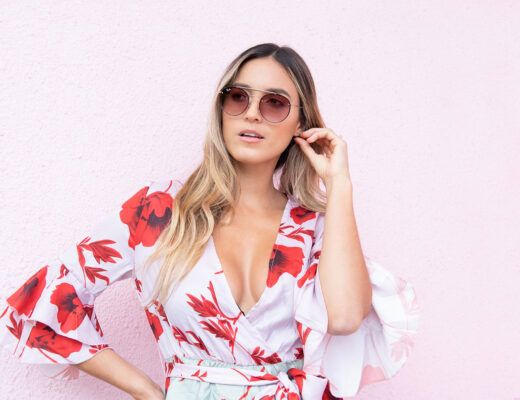