Who doesn’t love Robert Downey Jr.? He’s played Sherlock Holmes, Iron Man, and Charlie Chaplain, showing remarkable range as an actor. He was unforgettable in Tropic Thunder and has even guest-starred on the critically acclaimed TV cartoon comedy, The Family Guy. He gave us a touching performance in the movie Due Date, where he starred beside Zach Galifanakis.

Even after his public struggles with bi-polar disorder, he manages to amaze audiences again and again. Can you imagine anyone except Robert Downey, Jr. as millionaire super-hero Tony Stark? Or as an ever-eclectic Sherlock Holmes? Robert Downey Jr. doesn’t just play characters, he becomes them, even going so far as learning how to play tennis and violin left-handed for his outstanding performance as Charlie Chaplain. 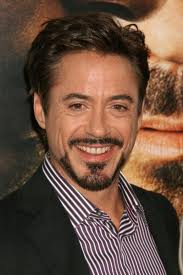 Here is a man who sets a style standard that needs to be followed! Never too overdressed, or too casual, Robert Downey, Jr. is a man who has class. Maybe it has something to do with the fact that he was born in world style capital New York City, but Robert Downey Jr.’s style always has an edge, and manages to be sleek, metropolitan, and sexy.

It’s only natural that a man who can so effortlessly make style trump fashion and class trump price tag turns to the timeless Ray Ban Wayfarer to punctuate his look. And he manages to take the look up a notch or two by choosing gradient frames and lenses, for a shot of the unexpected. 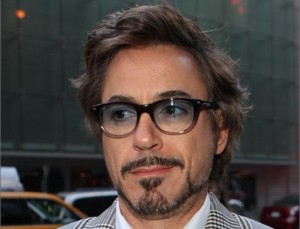 Doesn’t RD Jr. pull off geek-chic perfectlyl? It’s almost like he invented the style just for himself! These particular Ray Ban Wayfarers aren’t just retro, they’re classic and add sensibility to his plaid suit. The gradient blue lenses keep his eyes from being completely hidden, and they highlight those big, brown peepers very nicely. The curved shape of the glasses compliment his square jaw and add a bit of definition to his cheekbones. They may remind you of your college history teacher, if you happened to have a history teacher with the world’s most graceful and stylish looks. 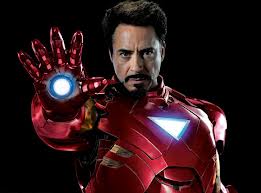 A superhero, a detective, an actor, and an artist, Robert Downey Jr. has proven throughout his long career in Hollywood that he is a resilient, capable, outstanding actor that you cannot keep down. His style is impeccable, his movies pitch perfect, and his slight sarcasm coupled with self-deprecation is charming. For years to come, Robert Downey Jr. will be known as one of the best actors to ever be put in front of the camera, whether it’s for Iron Man 3, or his next walk down the red carpet. 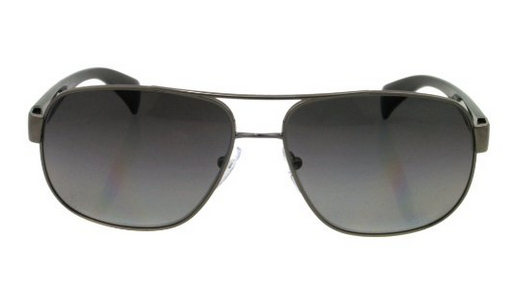 What Sunglasses is Taylor Kitsch Wearing in Savages?